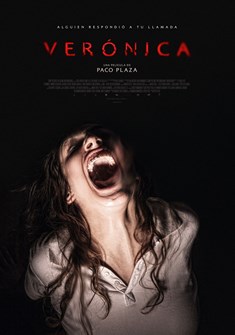 ***Midwest Premiere | Preceded by the short film WE SUMMONED A DEMON***

After making a Ouija with friends and playing during a total solar eclipse, a teenager is besieged by dangerous supernatural forces that threaten to harm her whole family. Advised by a local nun (nicknamed Sister Death) about the nearby spirits, young Veronica desperately searches for a way to break the connection she seems to have formed with them. From the director of the [REC] franchise.

In Spanish with English subtitles