Is It Still Funny?

They say tragedy plus time equals comedy, but what does comedy plus time equal? Chicago film/entertainment writer Mark Caro will put supposedly timeless comedy to the test each week and then lead a post-screening discussion so we can all deliver the verdict: “Is It Still Funny?” Mark Caro reviewed movies, wrote columns, interviewed talented folk and covered the Oscars and various film festivals over more than 25 years at the Chicago Tribune. Now his work is appearing in the New York Times and other venues while he does fun things like this. See markcaro.com.

Movies & Showtimes for
Is It Still Funny? 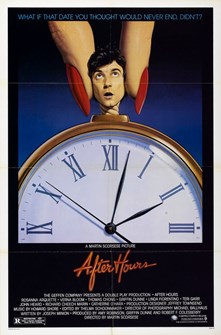 Griffin Dunne’s word processor (quaint!) visits Rosanna Arquette’s Henry Miller-loving mystery woman in Soho and experiences the longest, most nightmarish night of his life in this Martin Scorsese black comedy. The movie is unlike anything else on this master filmmaker’s resume: a brisk (a mere 97 minutes), dark New York story that tapped into ‘80s yuppie/romance paranoia a year before Jonathan Demme’s SOMETHING WILD explored thematically similar ground. And how about that supporting cast: Verna Bloom, Linda Fiorentino, Teri Garr, Catherine O’Hara, John Heard and Cheech & Chong. AFTER HOURS fared better with critics than at the box office but now is regarded as a cult classic and is ready for its “Is It Still Funny?” close-up—in glorious 35MM. 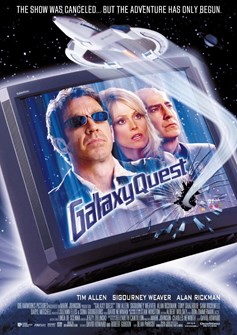 This modest STAR TREK spoof was a modest box-office success when it came out, yet GALAXY QUEST not only has gained in stature to become a Cult Comedy, but at a 2013 STAR TREK convention, Trekkies voted it the seventh best STAR TREK film despite it having no official ties to the actual movies. Fandom is a key subject here, as the convention-attending actors who starred in a TREK-like show—including Tim Allen as the captain, a Shakespearean-trained Alan Rickman as the part-alien science officer, Sigourney Weaver as the jiggly computer officer, Tony Shalhoub as the chief engineer and Sam Rockwell as “the plucky comic relief”—wind up on an actual space adventure amid aliens who think their show was a documentary. Can GALAXY QUEST transport the rest of us as well? 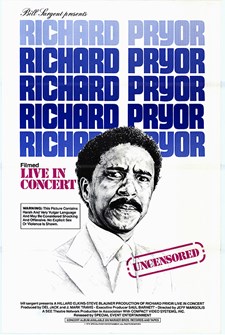 In revisiting the towering stand-up comedy talent of the 20th century, do you look to his most successful Hollywood efforts, such as SILVER STREAK or STIR CRAZY, or do you go with the unfiltered Richard Pryor at the peak of his powers in LIVE IN CONCERT? We opted for the latter (at least this time). Showcasing his astounding verbal and physical skills, Pryor takes on sex, drugs, heart attacks and deer hunting in what Pauline Kael deemed “probably the greatest of all recorded-performance films.” Rolling Stone ranked it No. 1 among its 25 Best Stand-Up Specials and Movies, and it prompted Chris Rock to write: “This is what every comic is striving for, and we all fall very short.” This is a rare opportunity to catch this pioneering comedy concert film on the big screen. 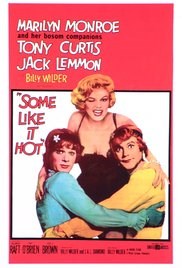 It’s the American Film Institute’s No. 1 comedy of all time. This year’s BBC poll of 253 critics from 52 countries crowned it the greatest comedy ever made. It brought cross-dressing to the late-’50s moviegoing public and ran afoul of the Motion Picture Production Code, which refused to grant its approval. (Didn’t matter.) It was nominated for six Academy Awards and won one—for costume design. It’s Marilyn Monroe at her comedic best, Jack Lemmon and Tony Curtis donning dresses and fleeing gangsters in 1929, and Billy Wilder at peak powers finding the right tone for this pandemonium. How will its sexual politics play in 2018? How will this all look on the big screen? We can’t wait to find out.