ODD OBSESSION MOVIES takes over the Music Box midnight screenings to present the wildest, most outrageous, off-the-wall cult rarities from the farthest corners of cinema!

A FILM BY: Gary Graver 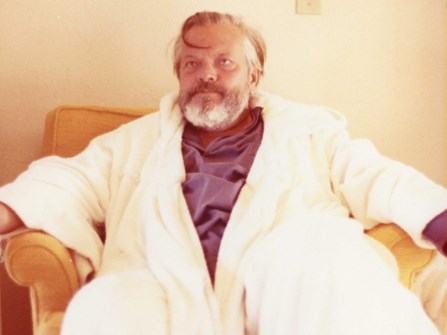 On February 24th, 1977, the Music Box Theatre dimmed the lights on its stint as a purveyor of second run pornography with Gary Graver’s 1975 classic, 3AM. While the Music Box did return a month later as a traditional second run theatre, reopening with MARATHON MAN and THREE DAYS OF THE CONDOR, Graver’s film has languished in obscurity – far too arthouse for the hardcore crowd, far too explicit for the mainstream – a victim of its own fully realised ambition. 3AM might just be the finest hardcore film ever committed to celluloid, as much for its unconventional, interleaving, non-linear structure as for its genre-defying narrative, acting, and setting, all of which evoke the best of the French and Italian New Waves.

If a hardcore film in which as much affection and detail are paid to the filmmaking as to the sex itself doesn’t interest you – and anyway, who wouldn’t be drawn in by the Hitchcockian story of a love affair gone wrong between a middle-aged husband and his wife’s sister and the ensuing sexual fallout as the extended family humps the pain away in a series of vignettes which mix experience, memory, and fantasy – then perhaps the greatest lesbian sex scene in cinema history will. Edited by Orson Welles (as a way of freeing up Graver, his then-current and final cinematographer, and others to work on THE OTHER SIDE OF THE WIND) and gorgeously shot with all the grit, grain, deep hues and dutch angles one could muster, Georgina Spelvin’s lengthy shower encounter with Judith Hamilton might just dim the lights at the Music Box once more, 40 years to the day later. 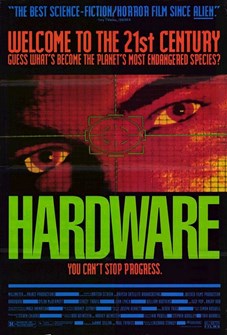 Richard Stanley’s HARDWARE is the unhinged, full tilt technodystopian curtain drop on the Atomic Age, less a film than the uniquely Hellish punk fever dream borne of BLADE RUNNER, JUDGE DREDD, MAD MAX, and THE TERMINATOR colliding at right angles to reality. A love letter to Generation X’s cultural holocaust of the Baby Boomers’ legacy as if penned by Roger Zelazny himself. With appearances by Iggy Pop, Lemmy, Carl McCoy (of Fields of the Nephilim), GWAR, and Ministry, and creature design by Chris Cunningham (of Aphex Twin and Bjork video fame), HARDWARE is the only killer robot film you need ever watch again. Get ready for an encounter with some seriously heavy metal with Stanley’s personal, uncut 35mm print.

Co-presented by The Chicago Film Society 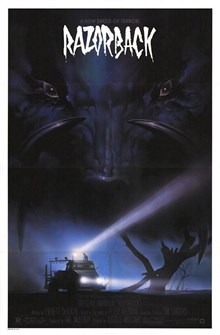 The Australian Outback is already a region not exactly known for its hospitatly, but life there is looking all the more perilous for hunter Jake Cullen as he races to take out a wild boar - the size of a car and with a taste for human flesh - before it kills again. A down under entry in the post-JAWS cycle of killer animal flicks, RAZORBACK hits all the mid-'80s genre sweet spots, including a killer synth soundtrack and beefy, attractive effects work. As outsized and nasty as its title monster, RAZORBACK is an unthrottled Ozploitation classic, meaner than any other pig in the bush.