Time, Space, and Memory on the Road

Time, Space, and Memory On the Road, a cinematic exploration across a series of films, characters, and ideas that showcase “The Road” as a plane of immanence, discovery, and mortality. Through stories of speed and stasis, humor and heartbreak, we’ll hitchhike our way to a deeper understanding of what it means to find and sometimes lose ourselves along the highways, trails, and roughly paved streets of life.

Movies & Showtimes for
Time, Space, and Memory on the Road 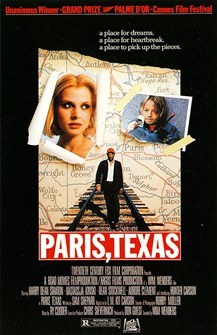 In one of his greatest roles, the legendary Harry Dean Stanton stars as Travis, a man in search of himself. Missing for years, Travis mysteriously emerges from the desert suffering from apparent amnesia.  After reconnecting with his brother and son in Los Angeles, Travis sets off on a journey to piece together his shattered identity and locate his missing wife. Winner of the 1984 Palme D’Or, Wim Wenders’ masterpiece is a haunting exploration of memory, family, and the distances we travel to be lost and found. 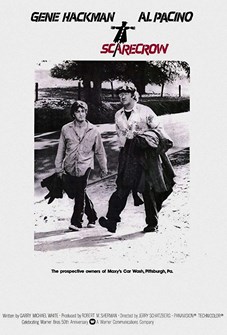 Gene Hackman and Al Pacino are Max and Lion, a pair of drifters who meet on a desolate stretch of road in California and make plans to open a car wash business in Pittsburgh. Yet, as the aspiring captains of industry hitchhike their way across country, they find the path to their American dream has quite a few detours along the way. Co-winner of the 1973 Palme D’Or, SCARECROW is a beautifully acted celebration of the meandering paths in life. 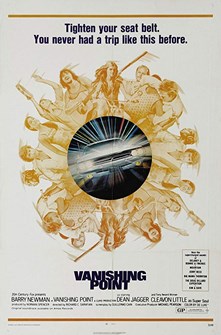 ***This Screening is FREE for Music Box Members***

Kowalski (Barry Newman), a laconic deliveryman, wagers his drug dealer that he can drive from Denver to San Francisco in 15 hours. Quickly escalating into one of the greatest car chases in cinema history, “The Last American Hero” peels out and tears off with a rapidly growing army of hell bent highway patrolmen on his tail. More than a simple action film, VANISHING POINT is a counter culture elegy to the end of the open road. 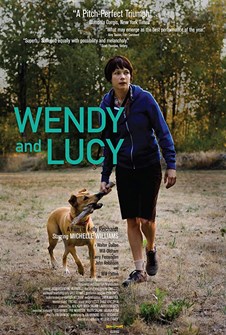 Michelle Williams delivers an incredibly nuanced performance as Wendy, an impoverished woman on the road to Alaska looking for work. Traveling with her best friend, a dog named Lucy, Wendy’s difficult journey veers towards tragedy after her car breaks down and she is arrested for shoplifting dog food. After posting bail, Wendy cannot find Lucy, initiating a heartbreaking search for her beloved companion. A deeply moving portrait of struggle, Kelly Reichardt’s WENDY AND LUCY is an emotionally intelligent testament to the transient nature of connection.