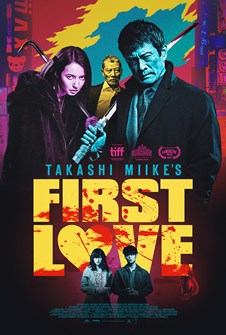 FIRST LOVE is the prolific auteur, Takashi Miike, at his most fun and anarchic, a noir-tinged yakuza film blending genres in the story of a young boxer and a call girl, who fall passionately in love while getting innocently caught up in a drug-smuggling scheme over the course of one night in Tokyo.

“FIRST LOVE might start as a hard-boiled piece of pulp fiction, but it isn't long before it softens into a violent, hilarious, and violently hilarious madcap comedy” -- IndieWire