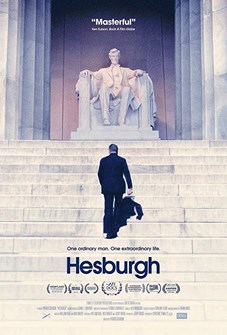 HESBURGH offers a unique glimpse at more than fifty years of American history as seen through the eyes of the long-time president of the University of Notre Dame and America's most well-known priest. Educator, civil rights champion, advisor to presidents, envoy to popes, theologian and activist, Hesburgh was called on by countless world leaders to tackle the most challenging issues of the day. He built a reputation as a savvy political operator with a penchant for bridging the divide between bitter enemies. Through it all, he remained a man armed with a fierce intelligence, a quick wit and an unyielding moral compass -- a timeless example of bipartisan leadership that would serve us in today's increasingly polarized times. HESBURGH, a feature-length documentary film from awardwinning filmmakers Patrick Creadon and Christine O'Malley, examines the challenges and triumphs of one of the most influential leaders in American history.

“MIRACULOUS...A powerful story. A testimonial to a life well lived for the noble causes of justice and freedom.” -- Hollywood Glee