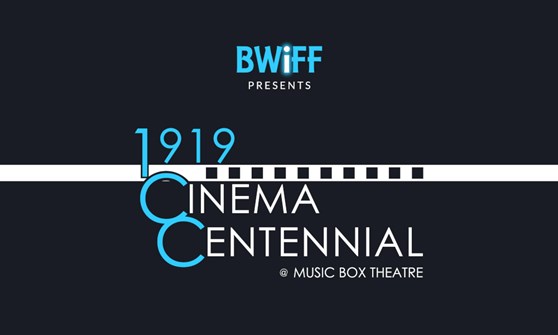 — A 100 Year Film Festival —
When you sit in a darkened theater with a bunch of strangers, an unspoken bond forms as each individual becomes emotionally invested in the images flickering across the screen before them. That’s “Movie Magic” and it’s been a powerful medium for over a century.
At a time when the treaty of Versailles was an ongoing process, the eighteenth amendment establishing prohibition is introduced, and the flu pandemic cost close to 200,000 lives; the silent film industry was in the midst of its heyday 100 years ago. Europe had been dominating the film industry, but once the war had ended America found itself at the forefront of moviemaking. Still in its early years, the studio system was already being referred to by a neighborhood in Los Angeles called Hollywood.
Welcome to 1919. Cinema Centennial gives us a glimpse at a world long gone and yet still eerily familiar. Times may change, but people by and large remain the same. Come and see their stories for yourself!
Program Lineup
Feline Follies (1919) - 6 minutes
Master Tom is lured away from his job of protecting the house from mice by the charms of "Miss Kitty". While he's gone, the mice trash the house. Complications ensue.
The Tantalizing Fly (1919) – 4 minutes
As a cartoonist draws a clown, a housefly harasses both the man and his pen-and-ink creation.
Bumping Into Broadway (1919) - 25 minutes
Young playwright spends his last cent to pay the rent of struggling actress in a theatrical boarding house. Pursuing her, he winds up at a gambling club, where he wins big, just before a police raid.
--- 10 MINUTE INTERMISSION ---
When the Clouds Roll By (1919) - 85 minutes
Presented on 16mm – Courtesy of Museum of Modern Art, Brooklyn NY
Psychiatrist Dr. Ulrich Metz attempts to drive Daniel Brown to suicide.
---------------------------
Presented by Blue Whiskey Independent Film Festival
Blue Whiskey Independent Film Festival (BWiFF) is a not-for-profit organization that seeks out bold and innovative filmmakers that utilize story elements in a new and exciting way, presenting character-driven independent cinema.