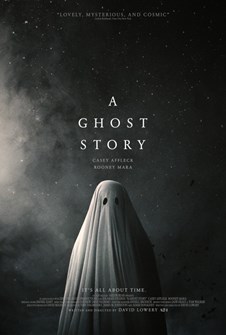 Lauded filmmaker David Lowery (Ain't Them Bodies Saints, Pete's Dragon), reunites with his collaborators for a haunted tale like no other-one conceived in secret and fueled by the spirit of pure, creative expression. Lowery's meticulously sparse narrative contemplates a spectral figure who was once a man (Casey Affleck). Prematurely taken from this Earth, he makes his way toward his former home, where he is fated to remain forevermore. Shrouded in a white sheet, he observes the lament of his grief-stricken lover (Rooney Mara). Bearing unseen witness to her pain, the wisp stands sentry for years to come, interacting only with time as it hurtles further and further forward, the remnants of his humanity quietly evaporating.