An Evening with Adam Rippon

An Evening with Adam Rippon 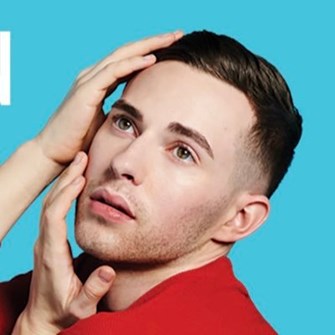 Olympic figure skater, "Dancing with the Stars" Champion, and all-around Amazement Adam Rippon joins us for an on-stage conversation.

Meet Former Olympic figure skater and self-professed America's Sweetheart Adam Rippon! Adam will be on-stage and in-conversation with author, queer historian, and Chicago LGBT Hall of Famer Owen Keehnen. Each ticket holder will receive a signed copy of Adam's new memoir, Beautiful on the Outside, and get a chance to meet Adam and get a picture with him. From traveling to skating practices on the Greyhound bus next to ex convicts to being so poor he could only afford to eat the free apples at his gym, Rippon got through the toughest times with a smile on his face, a glint in his eye, and quip ready for anyone listening., and Beautiful on the Outside details his journey.

Adam Rippon is an Olympic athlete and medal-winning figure skater. He won the 2010 Four Continents Championships and the 2016 U.S. National Championships and was selected to represent the United States at the 2018 Winter Olympics in Pyeongchang, South Korea. He came out as gay in October 2015 and, at the 2018 Winter Olympics, won a bronze medal as part of the figure skating team event, thus becoming the first openly gay U.S. male athlete to win a medal in a Winter Olympics. Later that year, he was named to the TIME 100 List of Most Influential People, Forbes 30 Under 30, AdWeek's 100 Most Creative, and OUT Magazine's Power 50: The Most Influential Voices in LGBTQ America. He won season 26 of Dancing with the Stars: Athletes before going on to be a judge on the premiere season of Dancing with the Stars Juniors.

Owen Keehnen is a grassroots historian and the author of several fiction and nonfiction books including his latest, Dugan's Bistro and the Legend of the Bearded Lady. He is the co-founder of the Legacy Project, a history/education organization focused on reclaiming and celebrating the LGBT past. His current writing projects include A Place for Us: LGBTQ Life at the Belmont Rocks, about the importance of this queer space in the development of Chicago's LGBTQ community as well as an overview of drag performance in Chicago from the 1960s-1990s. Keehnen is also part of the working committee to make AIDS Garden Chicago a reality. He was inducted into the Chicago LGBT Hall of Fame in 2011.