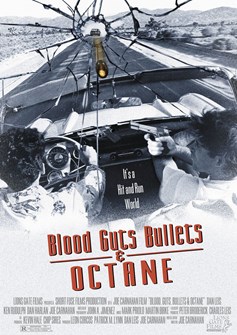 Inspired by the independent bravery of EL MARIACHI, (the directorial debut of Robert Rodriguez shot for a measly $7000), Carnahan paved his way as Hollywood’s most badass action filmmaker with this stunning first offering, also shot for seven grand!

For this very special screening, join writer/director Joe Carnahan as he discusses the trials & tribulations of low-budget filmmaking.