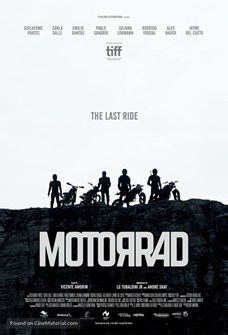 A slasher film by way of George Miller’s Mad Max meets Wes Craven’s The Hills Have Eyes, this violence-fueled adrenaline ride will leave you absolutely breathless. In this visually stunning Brazilian import, a gang of dirt-bikers on a ride across an isolated region, find themselves being hunted by a machete-wielding band of motorcyclists intent on killing them all. Based on characters created by Marvel comic book author Danilo Beyruth, this atmospheric and suspenseful genre film also functions as an allegory to our battles within. It’s as smart as it is downright frightening, and we’re damn excited to unleash this beast on U.S. audiences for the very first time!

In Portugese with English Subtitles