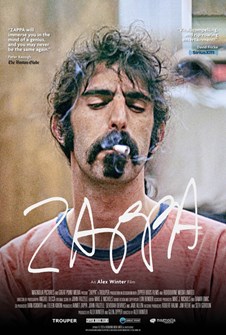 "Accomplishes the acrobatic act of doing justice to a figure like Frank Zappa." -- Wall Street Journal

"It's a multimedia immersion, filled with rare footage of Zappa from his teenage years on and assembled with the loving dexterity we've come to expect from Alex Winter as a filmmaker." -- Variety