Summer is here and that means one thing: the return of our GARDEN MOVIES! This year we are bringing you a new and improved Garden Movie experience, with an extended space, a brand new projector and screen, and an improved audio system.

For the month of July, our Garden Movie programming will be split into themed weeks, with one movie playing Friday-Sunday and its thematic counterpart to play Monday-Thursday. Seating begins 25 minutes prior to showtime.

Fri, Jul 30th
The Night is Short, Walk on Girl

Sat, Jul 31st
The Night is Short, Walk on Girl

Sun, Aug 1st
The Night is Short, Walk on Girl 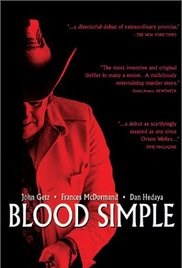 "Blood Simple" was the first feature film from Joel and Ethan Coen. This is the newly restored and re-edited director's cut of the film, introduced by Mortimer Young. The stylish crime thriller premiered at film festivals in 1984. "Blood Simple" begins deep in the heart of Texas, where a jealous saloon owner hires a cheap divorce detective to kill the saloon owner's younger wife and her bartender lover. But the detective gets a better idea: he follows the two lovers, and... 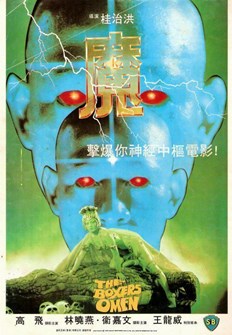 A man gets caught up in a web of fate, Buddhism and black magic while seeking revenge for his brother's crippling in Thailand. 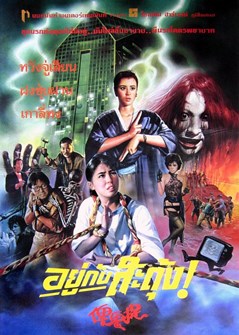 The Brewed kicks off its sure-to-be celebrated relationship with the Music Box by presenting the 1986 Hong Kong horror comedy film "The Ghost Snatchers" in the garden on (appropriately) Friday the 13th! A high-rise building is haunted by the ghosts of Japanese soldiers from WWII and a Taoist priestess is enlisted by a bumbling security guard to exorcise the spirits. Lots of great practical effects, some classic 80s matte animations, and the greatest skeleton fight you'll ever see. Limited tickets are available now, so go snatch them up!

In Cantonese with English subtitles 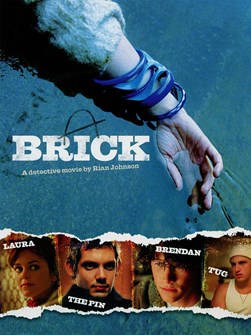 After receiving a frantic phone call from his ex-girlfriend, teenage loner Brendan Frye (Joseph Gordon-Levitt) learns that her dead body has been found. Vowing to solve her murder himself, he must infiltrate high-school cliques that he previously avoided. His search for the truth places him before some of the school's roughest characters, leading to a confrontation with a drug dealer known as "the Pin (Lukas Haas)." 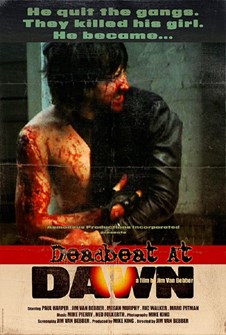 The absolute definition of DIY filmmaking, DEADBEAT AT DAWN is a cult classic that deserves the moniker -- an indie revenge movie with more thrills and bloody spills than all of Chuck Norris' films combined.

'80s visionary wunderkind Jim Van Bebber wrote, directed, did stunts and makeup FX for and starred in this racuous tale of Goose: a former gang leader whose girlfriend is slaughtered when he leaves the thug life behind. As he's pulled back into the gang during an uneasy alliance with the murdering thugs, Goose exacts his head-crushing revenge...

You will not believe your eyes when you see Van Bebber giving 1,000% during every moment of this film.

"Jim Van Bebber's shot-on-16mm masterpiece came careening out of Dayton, Ohio in 1988 like a runaway lawnmower blade, setting the standard for all nihilist street-gang movies to follow. Visceral, unspeakably violent, and fearless, Van Bebber could have easily lost his life making this film. You may lose yours watching it." -- Austin Film Society 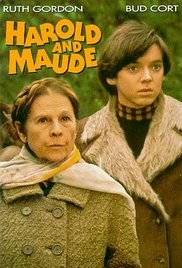 Windy City Double Feature Picture Show, hosted by Adam Carston and Mike Vanderbilt, is a bi-weekly podcast that celebrates Chicago’s rich moviegoing past by exploring historic double features that once screened in The Loop’s bustling movie district, neighborhoods, drive-ins, or suburban theaters. Each episode the hosts take a deep dive into the movies and the glorious theaters that screened them, setting the time and the place by examining local news, national trends, popular culture, and what else was playing around town. It’s like a cinematic time machine!

This month, the hosts are bringing the show to the Music Box garden, taking everyone back to August 25, 1978, when MEDUSA CHALLENGER (a locally made short starring Joe Mentegna) and cult favorite HAROLD AND MAUDE opened at the Biograph Theater. Come for a unique screening experience, brimming with nostalgia and local history

Interview with the Vampire 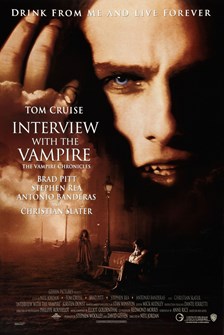 Born as an 18th-century lord, Louis (Brad Pitt) is now a bicentennial vampire, telling his story to an eager biographer (Christian Slater). Suicidal after the death of his family, he meets Lestat (Tom Cruise), a vampire who persuades him to choose immortality over death and become his companion. Eventually, gentle Louis resolves to leave his violent maker, but Lestat guilts him into staying by turning a young girl (Kirsten Dunst) -- whose addition to the "family" breeds even more conflict. 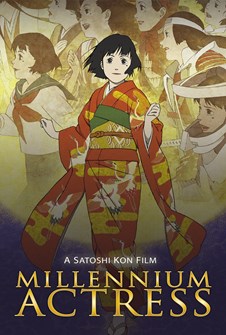 Screening in the Music Box Garden | Extremely Limited Seating Available | A Part of Anime Week with THE NIGHT IS SHORT, WALK ON GIRL

In this animated movie, filmmaker Genya Tachibana begins work on a documentary about famed Japanese actress Chiyoko Fujiwara. Now well into old age, Chiyoko has become reclusive and shy about any publicity, but she eventually warms up to Tachibana and starts to relate her life story. As the decades pass, Chiyoko is transformed from a teen with big dreams into a full-blown celebrity, while her cinematic characters span various eras, from ancient Japan to the distant future.

The Night is Short, Walk on Girl

A FILM BY: Masaaki Yuasa
WRITTEN BY: Tomihiko Morimi(based on the novel by), Makoto Ueda(screenplay) 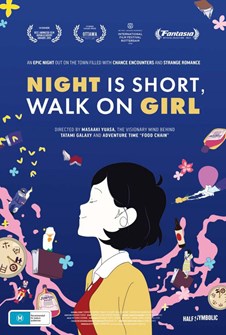 A young girl embarks on an insanely long night of partying where she interacts with an increasingly eccentric cast of characters. 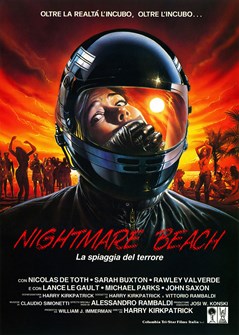 A criminal is executed, but returns on his motorcycle to carry out his revenge on the residents and tourists of a town in Florida. 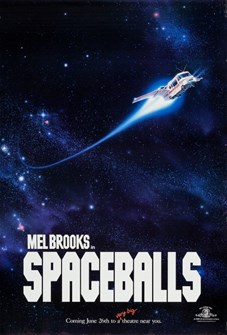 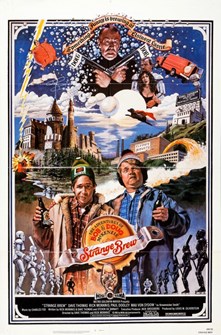 In their quest for free beer, bumbling Canadian brothers Bob (Rick Moranis) and Doug McKenzie (Dave Thomas) wind up working at the Elsinore Brewery. The hapless lads uncover a sinister mind-control plot spearheaded by Brewmeister Smith (Max von Sydow) and must stop the scheme, which also involves Uncle Claude (Paul Dooley), a member of the Elsinore family. As Bob and Doug try to prevent Smith from taking over the world, they also manage to drink plenty of their favorite sudsy beverage. 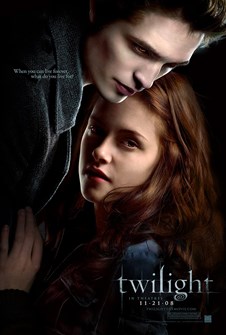 High-school student Bella Swan (Kristen Stewart), always a bit of a misfit, doesn't expect life to change much when she moves from sunny Arizona to rainy Washington state. Then she meets Edward Cullen (Robert Pattinson), a handsome but mysterious teen whose eyes seem to peer directly into her soul. Edward is a vampire whose family does not drink blood, and Bella, far from being frightened, enters into a dangerous romance with her immortal soulmate.