The Man Who Cheated Himself

The Man Who Cheated Himself 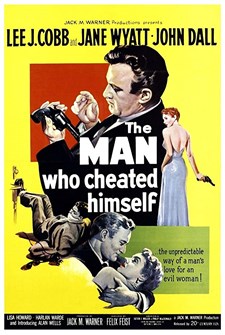 Veteran San Francisco cop Ed Cullen (Lee J. Cobb, in a rare subdued mode) slips into a moral morass when his married lover (Jane Wyatt, in a rare fatale role) "accidentally" offs her husband. Instead of playing by the book (would that be noir?), Cullen covers up the crime, only to have his brother (John Dall)—a rookie homicide dick—start putting together the pieces. This James M. Cain-style thriller gets maximum impact from its San Francisco locations (shot by Russell Harlan), including a memorable climax at Fort Point.